Hiring for Cultural Fit vs. Diversity: Laying the Debate to Rest 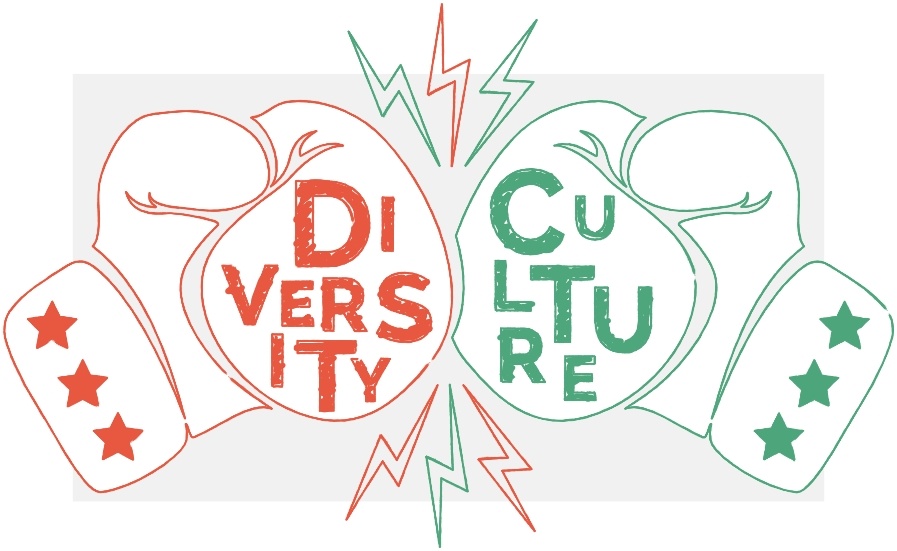 Get a group of recruiters together to discuss hiring for “cultural fit” and get ready for a heated discussion. Companies need to hire for diversity, not conformity, some will say. However, hiring for cultural fit and diversity needn’t be mutually exclusive recruitment practices, and shouldn’t be. The problem is a misunderstanding of the goals of each strategy.

MISCONCEPTIONS ABOUT HIRING FOR CULTURAL FIT AND DIVERSITY

Hiring for cultural fit is not about conformity, especially as it relates to race, religion, gender, or age. Rather, it involves finding ways to assess if a candidate’s values and habits are in alignment with the ethos and work environment of the organization or team. Attributes such as analytical or creative processes, work habits, and environmental preferences help to determine if a candidate will thrive within the company’s culture.

Hiring for diversity involves recruiting practices that attract and engage people of varying gender, age, race, and nationality. Diversity in an organization fosters innovation and high performance. Typically diversity factors (especially ones that counter bias and discrimination) are independent of company culture and values (but not always) and thus not in conflict with hiring for cultural fit. The conflict arises when diversity is thought of as an isolated goal, rather than part of a larger strategy to drive excellence.

Every organization can benefit from hiring on the basis of workplace culture and workplace diversity, while also being attuned to the pitfalls involved in choosing one recruitment practice over the other.

Simply put: hiring for cultural fit is smart. The culture of an organization is defined by the values, goals, and practices it upholds. One of the (many) jobs of the recruiter is to confirm if a particular candidate is aligned with the beliefs and approaches to work that define an organization. It’s been proven that an employee hired on the basis of cultural fit remains in his or her job longer and delivers a superior work product than a recruit who was not hired by this method.

A fundamental question in recruiting for cultural fit is: will this candidate thrive here? An example of a cultural fit would be the person who enjoys working in an open work environment and thrives while collaborating with his or her team as much as the other staff members in the room do, versus an individual who would prefer to work remotely and believes that working in a group setting overall hinders his or her positive contributions to the team.

Some hiring managers may consciously or unconsciously interpret hiring for cultural fit to mean hiring people they’re most comfortable around, people they’d like to become friends with, or remind them of people they already know. This approach sets in motion unintentional hiring bias, where the work group becomes homogeneous, and individuals from different genders, or social, economic, cultural, and educational backgrounds not fully represented within the organization.

This chasm has been researched extensively by Lauren Rivera, Associate Professor of Management and Organizations at the Kellogg School, in which she studied the hiring practices of elite professional services (EPS) firms. She identified a trend where hiring professionals would vet potential candidates based on the Stranded In the Airport Test, and ask,

“Would I want to be stuck in an airport in a snowstorm with them? And if I’m on a business trip for two days and I have to have dinner with them, is this the kind of person I enjoy hanging with?”

This approach illustrates a hiring practice that is based on the recruiter’s personal comfortability, versus an assessment of a potential hire’s work ethos.

By contrast, hiring for culture fit should be an objective process that seeks to bring together people who are wired for delivering the brand promise. For example, investment firm Bridgewater Associates’ culture of  “radical transparency” calls for a recruitment process that ensures prospective candidates are able to handle criticism.

A PAGE ON CULTURE FIT FROM THE NETFLIX PLAYBOOK

We know Netflix as the place to binge-watch streaming content like Orange is the New Black and House of Cards (if you haven’t heard, season 5 is now streaming. You’re welcome.) But back in the day, Netflix just sent DVDs in the mail.

Many attribute the swift transformation of Netflix to its company culture. Patty McCord, Netflix’s former chief talent officer, reenvisioned Netflix’s recruiting practices in a 124 page PowerPoint deck, “Netflix Culture: Freedom & Responsibility.” Her belief was, “there’s no reason (HR teams) can’t be innovative too.” The presentation has been shared over 13 million times on Slideshare, and was called “the most important document ever to come out of the Valley” by Facebook COO Sheryl Sandberg.

McCord’s vision was to create a culture where every person at Netflix is a person colleagues would respect and learn from. Recruitment focused on high performance in order to create a workplace full of “stunning colleagues.” Simply put: if you’re one ounce of a slacker and solely interested in job security and stability over performance, you’re not a fit. A slide reads: “adequate performance gets a generous severance package.”

By working to only attract “fully formed adults,” those who embody the nine behaviors and skills that reflect Netflix’s values—judgement, communication. impact, curiosity, innovation, courage, passion, honesty, and selflessness—McCord created a culture of A-gamers able to bring excellence everyday and adapt to change. Those who did not fit felt Netflix created a fear based or political environment.

Patty McCord was let go in 2012, after being with Netflix for 14 years. Some attribute this to her failed plan to separate Netflix into two companies—one for DVD services and the other for streaming. The result: 800,000 customers canceled their subscriptions because of increased subscription prices. The idea that “Netflix leaders hire, develop and cut smartly so we have stars in every position,” ultimately circled back to her.

When companies don’t hire for culture fit, they try to manufacture it. This usually doesn’t work too well, as the infamous “flare” scene (below) from the hilarious movie Office Space illustrates. It’s far better when companies can attract like-minded individuals that fulfill the brand promise naturally and synergistically.

When a workforce is homogenous, often people are thinking and speaking from the same point of reference. New research shows evidence that a diverse workforce benefits the hiring organization because different perspectives cultivate innovation and benefit the bottom line.

But this isn’t to say it’s easy. Diversity of perspective forces group members to prepare better, to anticipate alternative viewpoints, and to expect that reaching consensus will take effort.

The result will typically bring forth not only fresh ideas, but an awareness about certain segments of society that were previously not represented within an organization. Therefore, inclusion—e.g., diversity—benefits individual teams, and the company as a whole.

Although hiring for diversity is proven to benefit an organization, it’s clear there is room for improvement with recruitment practices. For example, a USA Today study found that black and Hispanic computer science and computer engineering students graduate from top universities at twice the rate than many leading tech organizations hire them. Similarly, studies have proven that women in leadership positions benefit companies, and that women-led companies perform three times better than the S&P 500. Yet there is still a large gender gap in leadership positions for women: a CNN Money study found that women hold only 14.2% of the top five leadership positions at companies in the S&P 500.

Pinterest is facing this disparity head-on. On July 30, 2015 they posted a public announcement, specifically outlining their plans to recruit more women and underrepresented ethnic backgrounds in both engineering and non-engineering roles.

A final example: Amazon.com’s culture has been detailed as extremely cutthroat. Therefore, sensitive employees may struggle in the environment, leading to poor performance and attrition. On the other hand, smart team leaders will look to build well-rounded teams that represent different approaches to solving problems. For this approach to work in the long term, managers will need to foster an environment that is tolerant and respectful of exceptions to norms so that  these team members are not devoured by the culture.

It’s clear that both hiring for culture fit and diversity come with great benefits, both to individuals and teams. So think of workplace culture and workplace diversity as two related strategies that drive excellence.

ENABLING YOUR HIRING PROCESSES TO FOSTER BOTH CULTURAL FIT AND DIVERSITY

The best thing you can do to get the best of both worlds is to help hiring managers make objective decisions with regard to cultural fit and diversity. Here are some simple steps:

Both culture fit and diversity help drive workforce productivity and excellence. Diversity without culture fit can lead to difficulty building consensus, unresolved conflict, and inconsistency. Culture fit without diversity can lead to groupthink and lack of innovation.

Bring them together and you can build high performing teams that drive sustainable competitive advantage. 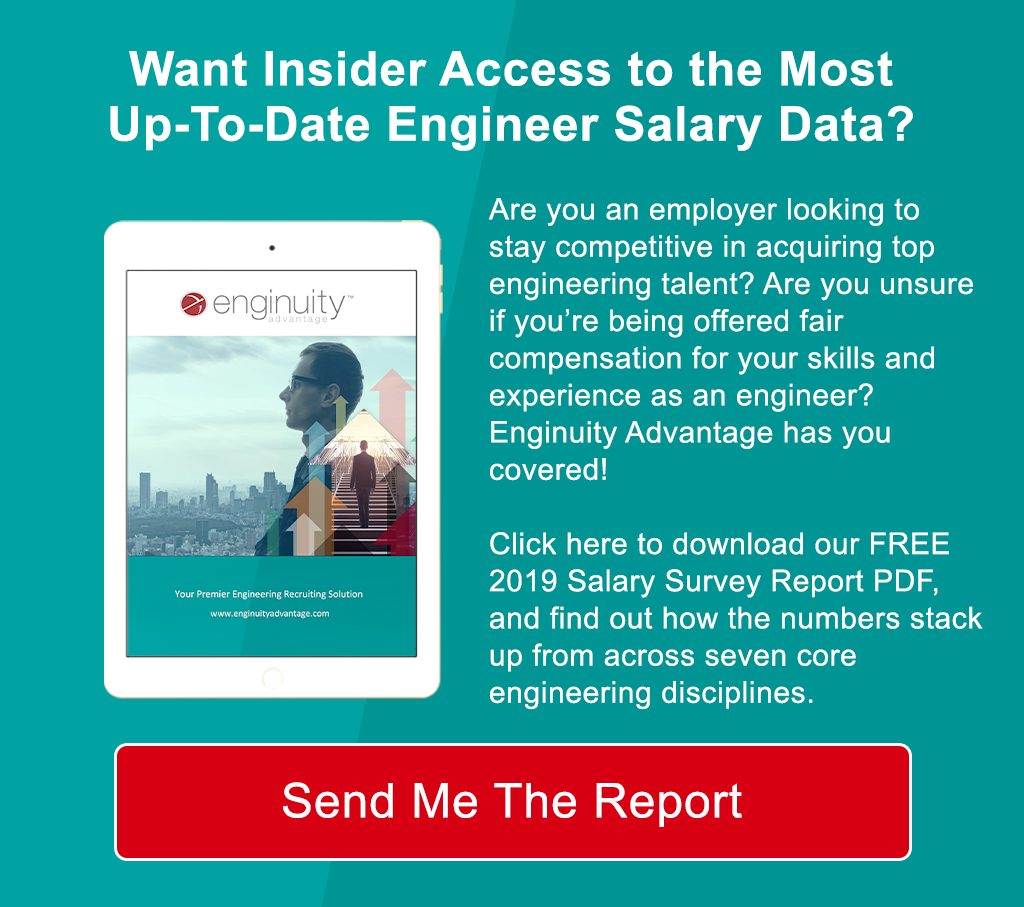